In the law legislatures create burdens of proof so that fact finders can be guided on how to decide a case in light of uncertainty.    The same is done for debates where a “winner” and a “loser” needs to be decided.    These burdens exist so far as we make them up.  But what I would like to talk about is the notion of a “philosophical burden of proof.”

I would suggest that such a thing does not exist and the sooner you free your mind of the notion the better off you will be.

First, let’s address what people mean when they say “you have the burden of proof.”   I think there are actually quite a few questions along these lines but let’s just try to give a statement of what they might claim it is.  Tonight’s version of Wikipedia says this:

1)      “When debating any issue, there is an implicit burden of proof on the person asserting a claim.”

I don’t really think there is much difference between the two.

Now the first thing I would note is that both 1 and 2 are themselves claims which are often affirmatively asserted.   Yet I do not ever hear any proof or evidence that they are true claims.   Is this yet another case of a self-defeating claim?   It seems so.

But before we leave tonight’s Wikipedia I would note that it also says: “The fallacy of an argument from ignorance occurs if, when a claim is challenged, the burden of proof is shifted to be on the challenger.”  That’s true but misleading.  The Fallacy of ignorance occurs when someone argues that because you failed to provide enough evidence to convince them X is true that lack of evidence should somehow prove “Not X.”   So it should be clear that this fallacy in no way justifies a burden of proof.    If anything the fallacy of ignorance is a case where people draw faulty conclusions based on the assumption that a burden of proof exists.      If one never believed in any burdens of proof then it would be much easier to avoid the fallacy from ignorance.   Although I concede that someone can believe in some form of “the burden of proof” and not commit the fallacy of “argument from ignorance”, they are close relatives.

For example we can see this fallacy when we read what atheist Kieth Parsons says about Hanson another atheist writer  “According to Hanson, the same holds for the claim that God exists. To show that no compelling evidence or cogent argument can be offered in support of God’s existence is tantamount to showing that God does not exist.” Page 25 in his book “God and the Burden of Proof.”  This is about as clear a case of the fallacy of argument from ignorance as I have ever seen in a philosophy text.  And the fallacy is committed because of the author’s commitment to this imagined burden of proof.

Now, if Bigfoot or fairies existed I would expect we would have better evidence of them.   They are presumably material things that can be seen, captured, photographed, video recorded etc.    It is in part because I would expect that we would have better evidence than we do, that I do not believe they exist.   Moreover the existence of fairies or bigfoot has no other impact on my other beliefs such that I should weigh in favor of believing they exist.  Notice though I am stating my reasons why I do not think fairies or Bigfoot exists.   And indeed that is why I don’t think they exist.    I feel no need to resort to claims someone else needs to shoulder some imaginary burden of proof.  If someone believes in Big foot and I give him my reasons and he still believes ok.   I do not insist that he needs shoulder some burden to prove it to me.  He does not have any such burden.

Ok I imagine there are some readers who will want to ask me questions like “Do I believe that there are purple and yellow spotted platypuses on planets other than earth? And if not why not?”   Well the answer is no, and the reason I don’t is because it sounds made up.    Someone asked me “But what if someone who really believes it tells you this?”  I’m sorry but it still sounds made up.  Perhaps I just grew up with too many people who thought it was entertaining to fool people and so I am a bit distrustful.   When my brother first told me about quarks I thought he was making that up too.      But either way the person who believed in these platypuses would not have any burden to prove this to me.

Do I think we should have reasons for all our beliefs?  Maybe.    But I think 2 points are important here:

1) This is different than saying some “burden of proof” exists.  I might hold the belief that we should have a reason for our beliefs without alleging any sort of burden exists on others to prove anything.

2) The problem with the idea that we should always have a reason for our beliefs, is that the chain of beliefs needs to start somewhere.  If we have to have a reason for all our beliefs we would either be guilty of circular reasoning, or capable of holding an infinite set of beliefs, or believing things for reasons that we do not really believe,  or in a situation where we shouldn’t believe anything at all.   There is the logical possibility that all our beliefs stem from other self-evident truths.  But I don’t believe that is the case.

So right now although I might be sympathetic to the idea that we should have reasons for our beliefs.   It seems there are problems with even that claim.

If you are still convinced that “the burden of proof” is real, I have a few other questions:  1) What is the standard of proof? (e.g.,beyond reasonable doubt, or preponderance of the evidence or fair probability or clear and convincing evidence? Ect.)  2) To whom do I need to prove the claim? (e.g., a judge, a commission,  a jury?)   3) What are the supposed consequences of not meeting this burden?  (go to jail or not, win a money judgment, get an injunction move on to the next round of debate in the winners bracket?) These are all very clear in Courts and debates.     How does this supposed philosophical burden of proof work?

In the end however I believe the notion that others have some burden to demonstrate truths to you does indeed suggest that you are not required to figure it out for yourself.   Believing that you are somehow epistemologically justified in continuing to hold your beliefs so long as you decide some other person did not meet some imagined burden of proof is a poor way to go through life.   If two people give their reasons for believing opposing views and neither convinces the other, so be it.  Maybe one is stubborn or irrational who knows.  (see my blog giving a proof of God)  Thinking that we should insert some burden of proof never helps any discussion.    I think it is intellectually more healthy to place the burden on ourselves to investigate any sort of important question.  Don’t try to pass that off on others. 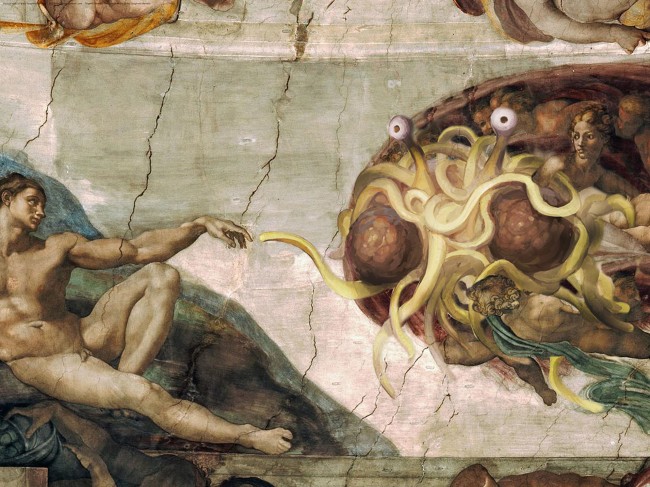 I previously had this in 2 blogs now I have it in one blog:  https://trueandreasonable.co/2014/01/26/the-burden-of-proof-versus-the-flying-spaghetti-monster-part-22/